iPhone just got bigger and better!!! 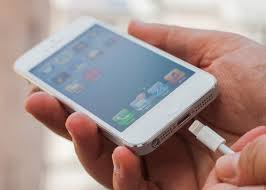 favored partners, including a lot of other larger makers of iPhone accessories. The rest of the companies however, are in a dilemma on how to complete their orders. Even orders placed as far back as June are still not delivered.

The record-breaking orders of the newer iPhone models added more problems and headaches to the accessories manufacturers. All of the available authentication chips and Lightning connectors have been purchased by Apple, affecting its Made-for-iPhone licensing program. 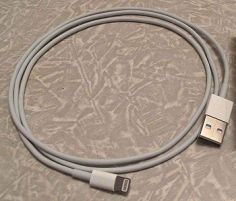 The availability of the supplies of the Lightning connectors is not yet determined. One manufacturer even quoted that the earliest delivery of these products might be by January of 2015.

Consumers are advised to expect delays with their Made-for-iPhone orders, especially with the launching of more iOS devices by fall. Apple is looking at rolling out their 2 newest iPhone models in 115 countries before the year ends.

I’d love to get this for my brother!

Apple might have announced an entry-level price for one of the 3 editions of its Apple Watches, but they did not say which. The buzz never stopped as people continued their speculations with regards to the cost of the rest of the Apple Watch.

Apple did not roll the rest of the prices out. They will only disclose the pricing during the kick off of the Apple Watch early 2015.

A speculated price of $1,200 for one of the gold Apple Watch came out. It was not really stated though which of the two watches was measured, but as per the estimation of watch expert Chad

Rickicki, an 18k gold version would cost Apple $600 for the crafting alone and without any components yet.

Since Apple is very careful not to disclose anything, that whooping $1,200 price is not yet final. No one know whether or not Apple will be using solid gold alloy, or if the watches will be just gold plated, but one thing’s for sure: they are gonna be pricey.

AT&T always seems to think outside the box!

ready for completion, and they need to contact Apple for their transactions. Apple has set the date, and will cancel the reservation requests from their system if the order is nor completed on or before the assigned date that is noted in the email sent to them.

iPhone 6 and iPhone 6 Plus will be seen in retail stores starting September 19.

We recently got mentioned in a really nice article on buzzfeed. Entitled 4 Surprising Fact about Apple Computers. Here at the Mac list we are going to try our best to not let this go to our heads.

Apple are looking at building a health app and they are striking up deals with insurance companies. The app looks very much like all the others that are on the market. But we can expect with the sheer force and the size of their R&D it’s going to be something to see.

Bloomberg reflected this. It would be interesting to see what tech they are going to need to copy things like the Jawbone and Fitbit.